Romance with Heart by Maggie Mundy 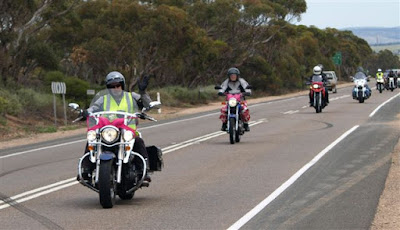 I wasn’t one of those people who thought they would write a novel, and equally I wasn’t someone who thought about being a bikie chick either.  My daughter had mentioned wanting to learn to ride and I said I would too. So when she said she was going to get her learners and you’re coming too, Mum. I didn’t have a leg to stand on. All I had ever done in the past was ride a moped back in the UK and been pillion on my husband’s bike so this was a huge step for me.

I turn up at the learner’s course and didn’t do too bad until the test, where I froze. The thought of having a licence that said I could go on the road was freaking me out.

Second attempt at test and I thought I was doing okay until the test day when I had an instructor who was a male chauvinist pig to say the least. So I was not surprised when he didn’t pass me.

Third time same guy failed me again. I was in tears and decided I would never do it again, and why was I putting myself through this?

Unbeknownst to me my husband and friend phoned up and complained about the instructor (they were not the first complaint about him) and I was given another chance. I passed with flying colors without Mr Grumpy around.

Over the next two years I practiced and decided to go for my full test. In the meantime the test center had moved to the other side of town and I had to ride through a thunderstorm in during peak hour traffic and unfortunately didn’t pass.

I had another month before I could retake my test and there was a motorbike club get together in Mildura so I decided to ride the 400km. My husband and friends were saying are you sure you can do it, but I had to prove to myself that I was serious about wanting this. Now I’m not usually fearless and on the freeway I would get freaked out by the big trucks passing and the wind gusts blowing me around. My solution was to sing Akuna Mutate very loudly. It worked even if I probably looked demented. 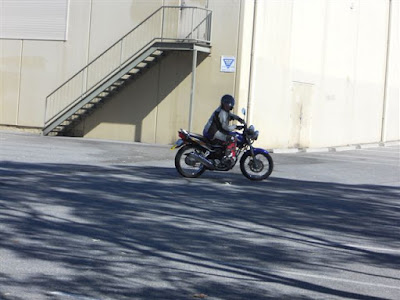 Eventually I did my final test and past.
I look back and have to say the experience taught me something about myself. When you fall off or get a rejection you should get back up and keep writing or get back on the bike no matter how bruised you are.

Be determined and persevere until you get there. I’m still not super brave but when I ride through a busy city now. I break it up into small pieces so that I don’t get overwhelmed by what I am doing, and I can do the same with writing. Before I know it I’ve got there.

Years ago I did a fortune telling game and asked the question of whether I would get published. The answer that came back from the cards was to enjoy the journey. Now I do with the wind blowing in my hair.

As for my publication journey I have fourteen books out now.

I have been writing for years and have had more rejections than you could poke a stick at, but like with my bike, I got up, brushed myself off and tried again.
The pictures are of me practicing my tight u turns. It’s a killer at a slow pace but I mastered it eventually. The other picture was me riding in the Pink Ribbon Ride for breast cancer, hence the pink bras on our bikes. I am on the middle bike. Even my hubby put a bra on his big cruiser. 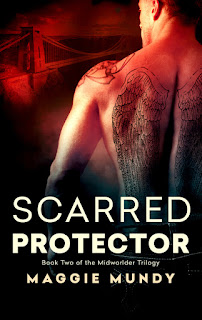 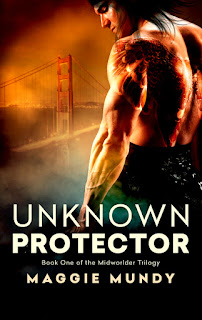 Unknown Protector is the first book in The Midworlder Trilogy and all three books are out now. 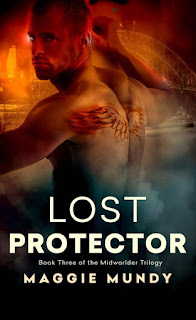