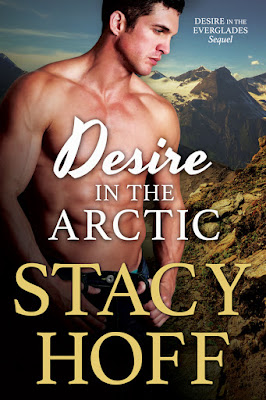 I’m excited to be on Maggie’s blog! I’m also excited to share an excerpt of my new release, DESIRE IN THE ARCTIC. I hope people love reading about a cold climate that, due to the hero and heroine’s attraction to each other, gets very steamy.

This is the first time I’ve ever written a sequel. (DESIRE IN THE EVERGLADES is the first book.) I wanted ARCTIC to be sufficiently stand-alone that a reader would not be lost or confused if they had not read EVERGLADES. The tricky part was coming up with new characters that were as strong (and fun) as the old.
Did my efforts pay off? Read ahead and let me know! 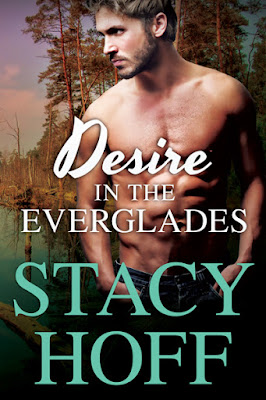 Book blurb
Ana Davis has been given the promotion of the century—from secretary to television producer. But the new job is not without its problems.
The network will do anything for ratings. In the executive’s scramble to come out on top, they reveal Ana’s newest show—one she’s forced to star in herself. She’ll have to survive in the Arctic Circle for twelve days. If she wins, she’ll get the prize money she desperately needs. But the stakes are high, she could lose her very life. Good thing she’s been paired with expert survivalist William “Redd” Redding, a mysterious, solitary and very sexy man. Too bad she thinks he doesn’t even want to talk to her.
William “Redd” Redding is a former Special Ops Marine in need of cash to help a cause near and dear to his heart. What he’s not in need of, however, is Ana Davis—his clueless but captivating partner. It’s up to Redd to ensure the two of them survive in the most dangerous, hostile environment of all. But worse than snowstorms, predators, and a scarcity of food is an even greater danger—Ana. Resisting her, when he wants her more than anything, is his hardest challenge yet. How does he go about protecting her when his ultimate goal is to protect his heart?

“I’m not into surprises, Ana,” Redd said gruffly. “Not when our lives are on the line. Do you have any survival skills or don’t you? I’ve got to know exactly what I’m dealing with.”
“I-I’m sorry,” Ana stuttered, although she wasn’t sure what she was apologizing for. Her slow response, or for not being somebody better?
“Just level with me, okay?” he said again, gentler this time. “I won’t be mad. Panicked, maybe. But not mad. At least not mad at you.” He managed to give her a small smile. She wished to God it was sincere.
“All right, I’ll level. But I hope you won’t be too upset. I don’t have any survival skills at all.”
“None at all,” he repeated tonelessly.
“Well, no. I grew up in Brooklyn. The show wants me to say I’m from Manhattan but you said you want me to be honest.”
“Have you at least gone camping before?”
“Yes!”
“Great.” He exhaled hard, his expression showing relief. “How often do you go?”
“I’ve only been once, actually. But that still counts, right?”
“That depends,” he said, looking as if he had a sudden, severe headache.
“I went during summer camp, right after seventh grade. My whole bunk slept outside. It was fun. The counselors even let us roast a whole bag of marshmallows.”
She could have sworn she heard him swallow. It was almost as if he was choking on one of those marshmallows.
“Any hiking experience?” he asked weakly.
Be engaging, Ana. Don’t look so scared. Crack a joke or something. She managed a playful smile. “Close. I’ve told people to take a hike.”
He bit down on his lip. It looked like he was in pain. “Fishing?”
“No. The closest I’ve gotten to fishing is picking up jars of herring from the supermarket.” Taking one look at his ashen expression, she added, “I’m a fast learner though. If you teach me how to do these things, I’ll catch on quick. I even managed to learn a whole lot about wilderness survival before I came up here.”
“I think I need a beer,” he said, abruptly changing the topic.
“I can get you one, if you want.” Ana felt her face go hot.
When he stepped away, she put a hand on his shoulder, stopping him. “Look, I’m sorry I’m not what you wanted in a partner,” she said quietly. “I kinda got forced into this. With no notice for me to prepare.”
He swallowed again, seemingly making a determined effort to soften his countenance. “I’m sure you’ll do fine. Just do what I tell you, and we’ll get through this ordeal as best as we can.” His face was so scrunched up now he could have been a shar-pei puppy. “How’d they force you?”
“I’m their newest producer. I don’t have much track record yet, so . . .”
“That explains it.”

AUTHOR BIO
Stacy Hoff is a contemporary romance author, as well as an attorney. She has practiced law for two decades, primarily handling contracts. Romance novels have always been her secret passion. She writes her romantic stories until the wee hours of the night. Stacy lives in New England with her husband and two boys.

Look for DESIRE IN THE ARCTIC and her other stories on Amazon.com.

Look for DESIRE IN THE ARCTIC and her other stories on Amazon.com. 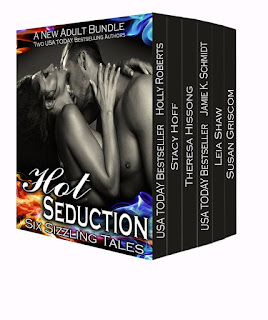 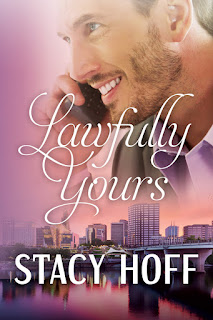 AMAZON LINK FOR DESIRE IN THE EVERGLADES by Stacy Hoff:

AMAZON LINK FOR LAWFULLY YOURS by Stacy Hoff:

Posted by Maggie Mundy at 12:39 PM No comments:

New release To Rome with Love by Mandi Benet 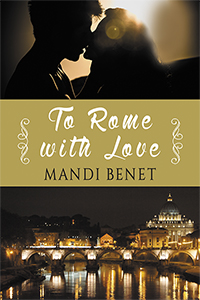 I am thrilled to have Mandi on my blog today telling us about her new release. I have to say I have always wanted to go to Italy.

When Gaby Conte’s Italian husband, Danieli, abandons her for a young Peruvian waitress at a restaurant they co-own in San Francisco, Gaby seeks refuge in Rome with her best friend Maria. There, she swears off romance for a long while and Italian men forever.

That’s until she meets Silvio, who belongs to an old, aristocratic Roman family and lives in a palace alongside the best private art collection in Rome. Silvio, who is the cousin of Maria’s husband, is going through his own divorce. He’s gorgeous, of course, which Gaby doesn’t tell him. And arrogant and condescending, which she does. The last thing Gaby needs is more Italian trouble, but the attraction is instant and powerful, and against the backdrop of one of the world’s most romantic cities, both try—and fail—to resist the chemistry between them.

But both Gaby and Silvio have made a rule never to make the mistake of trusting in love again. Will they realize some rules are made just to be broken?


Mandi Benet grew up in England and published her first piece of fiction when she was twelve. She has been scribbling away ever since as an award-winning journalist— covering everything from the Democratic Convention to the Oscars for major American national newspapers and magazines — and as an author, writing women’s fiction and contemporary romance with rich, original characters. Mandi is a member of RWA National and the San Francisco branch of RWA.