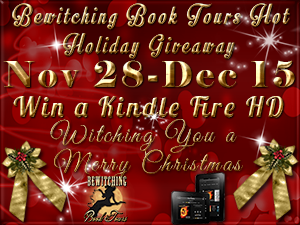 Posted by Maggie Mundy at 10:19 AM No comments: 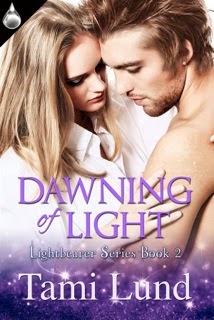 Finnegan Hennigan meets his match in spunky Cecilia Druthers, a woman he can barely stand. Cecelia’s opinion of Finn? He’s an oaf and a killjoy. But, opposites can’t resist each other in Dawning of Light by Tami Lund. You’ll love Book 2 of Tami’s hot fantasy series, Lightbearer, a saga about lightbearers and the shifters who hate to love them.

The Lightbearers are a group of magical beings who have lived for five hundred years hidden away in their warded and protected coterie. Now that the princess of the Lightbearers is mated to a shifter, their peaceful lives have been turned upside down.

In this second installment of the Lightbearer Series, shifter Finnegan Hennigan is doing his damnedest to keep lightbearer Cecilia Druthers out of trouble. His job is made all the more difficult by the fact that Cecilia doesn't want to stay out of trouble.

Despite their mutual annoyance, sparks ignite between this odd couple. As it becomes increasingly more apparent that someone is out to get Cecilia, the flares of attraction become impossible to resist, and soon, Cecilia and Finn tumble into, well, a closet together. And then the bed. And if Finn wants to keep her there, he's going to need to keep her alive. 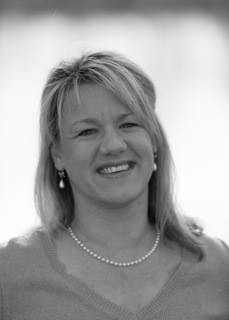 AUTHOR BIO
Tami Lund likes to live, love, and laugh, and does her best to ensure the characters in her books do the same. After they've overcome a few seemingly insurmountable obstacles first, of course.
Tami is multi-published, both self and with a few publishers, including Crimson Romance, Liquid Silver Books, and Soul Mates Publishing. Chances are, there is a new book coming out soon. Be sure to stalk her on social media, so you know when.

And most important, if you enjoyed one of Tami's books, please let other readers know by leaving a review on the site from which you bought it, or on Goodreads. Otherwise, how will they know which book to read next?
AUTHOR LINKS:
W: http://tamilund.com/
T: https://twitter.com/@TamiLundAuthor
F: https://www.facebook.com/AuthorTamiLund
G: https://www.goodreads.com/search?utf8=&query=tami+lund 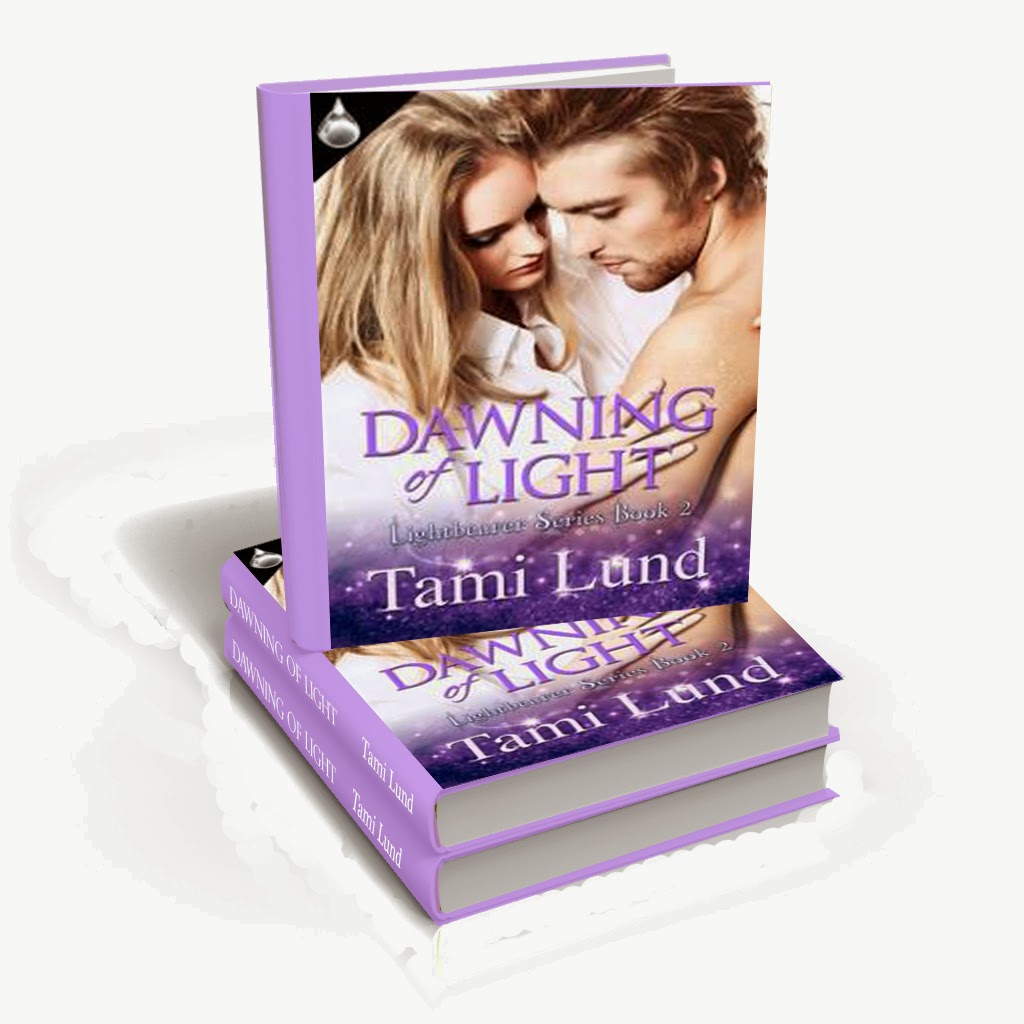 GIVEAWAY:
The author is hosting a giveaway for some eBooks of Into the Light (Lightbearer Book 1) and an Amazon gift card to celebrate the reveal. You can paste this code in your post's HTML if you would like to share it:
<a class="rcptr" href="http://www.rafflecopter.com/rafl/display/c4fff9c78/" rel="nofollow" data-raflid="c4fff9c78" data-theme="classic" data-template="" id="rcwidget_uao50hnk">a Rafflecopter giveaway</a>
<script src="//widget-prime.rafflecopter.com/launch.js"></script>

Tami Lund is hosting a book release party on Facebook with author takeovers, contests and prizes, and swag, and would love for you to come!
Join the party!! https://www.facebook.com/events/317271781806501
PRE-ORDER RELEASE SPECIAL:
Pre-order Dawning of Light and email Tami the receipt to be entered to win!
Pre-Order Here: http://amzn.to/1rlBxRc

Lena is alone. After having three boys fight for her heart she has royally screwed it all up and is left broken and lost.

Now there is competition. Lena knows what she wants, and she'll kill Harli to get it.

Wedding bells are ringing and Lena won't go alone. She'll have a date. Her date.

That b*tch is going down.

"Get out of my face." I wanted to spit on her. I knew it would be gross, but I wanted to do that more than anything. Teach her a lesson.

She didn't move. "Why? Just so you can mess with Blake some more? You know some of us are a little tired of your shit Lena."

"Back up Harli. I only wanted to talk to Blake. Nothing else."

She rolled her eyes. "It starts with a conversation. Then it's always more."

I swirled the spit in my mouth and swallowed it. She was right. I did want more.

I sat on the sand crying, the black fabric swirling around me like my secrets once had. I thought the truth would set me free, instead it swam around me threatening to drown me with every breat

Misconception is available for 99¢!

Morgan Black is a hair stylist by day and hottie writer by night. She walks her dogs in high heels and never leaves the house without red lipstick. She firmly believes in the power of Zen, and does Yoga freely in her backyard, in her favorite set of pumps. Morgan Black also writes hot vampire

Posted by Maggie Mundy at 10:25 AM No comments:


Today we have the wonderful Sarah Hoss telling us about her book Heaven Sent. She had me hooked with the cover. Love a sexy angel. 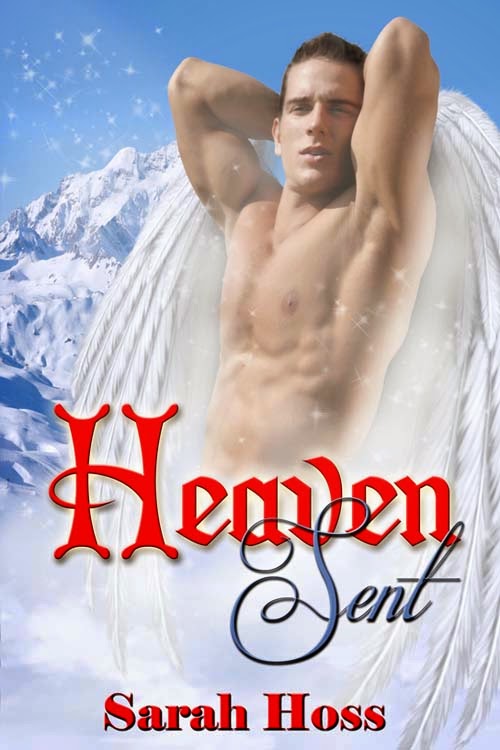 
When forgiveness heals the soul, love heals the heart.
Flight nurse Tenlee Hawkins is used to making quick decisions, but one decision she made the Christmas day her mother died haunts her. Wrestling with the past, she spirals into depression—until the day she finds a man unconscious in her woods and saves his life.
When Sam awakens in the hospital with a concussion and no memory, Tenlee rescues him again. She takes him into her home and her life. But as Sam recovers and remembers who he is, he's torn. A guardian angel isn't supposed to fall in love.
As the promise of true love grows, Tenlee realizes that Sam has helped her much more than she ever helped him. But Sam is filled with guilt knowing he must soon leave.
Will it take a Christmas miracle to find the life with Tenlee he’s always wanted?

He glided across the ground purposefully toward the building. Having been summoned by Malachi, Sam knew it was important, and when the Archangel of Heaven called upon his people there was no time to waste.

The door closed without a sound behind him, and he let his hand fall to his side. Waiting to be acknowledged, he stood stoically, staring straight ahead.

He knew this room well from his many visits. To the left, golden rays of sunlight poured in through a tall vaulted window. In front of him sat Malachi with his head bowed, writing steadfastly, lost in thought.

Malachi glanced up and smiled at him. “Thank you for coming.”

“You’re welcome,” Sam said with a slight nod of his head.

Malachi stood and strode around his desk. Stopping half way, he motioned for Sam to join him.
The wall to Sam’s right was bare to the naked eye. Malachai waved his right hand in a slow arc and a diaphanous screen appeared. It reminded Sam of a veil a woman might wear on her wedding day and his hand ached to reach out and touch it. Sometimes he missed simple things like that.

“I’ve summoned you here because you are to receive your next assignment.”


Standing straighter, Sam’s wings unfolded. A mixture of grey and white feathers, the wings expanded to an impressive span.


A woman appeared on the screen. As the event’s played out, Sam leaned forward, drawn to the red head and the tragic events unfolding in front of his eyes.


The majesty of the mountains covered in their white blanket took Sam’s breath away. Snow fell in large, fluffy flakes. The wind didn’t blow, and the trees never danced, as if they stood still in respect to the scene below.


Red and blue lights pulsed a beat all on their own, and even though the road was slick, people ran to and fro in a frantic pace to save a woman’s life. A car sat mangled on the side of the road. The roof, having been cut, rested on the ground beside it. A few feet beyond, a woman lay motionless. She wasn’t breathing as the EMT’s worked desperately to save her life. Sam closed his eyes and said a silent prayer. But it was no use. If he was here for an assignment then the lady on the ground was not going to live. He said another prayer, hoping that there would be no pain and she would slip easily into his world. The woman with the red hair sat on the ground near the deceased woman and cried, rocking back and forth.


“That is her mother.” Malachi’s deep voice broke into his thoughts and Sam turned to acknowledge him.


The scene on the screen changed. Months passed, for now the trees were green and glorious in their summer splendor. A manicured lawn hugged a log cabin, nestled in the woods. Flowers sprung from pots here and there along the ground and deck. The place looked cozy. Scenes continued to change as did the weather. Snow decorated the landscape once again. Searching the scene for all of the details he could gather, Sam spotted her, just past the cabin, in the


woods. She sat quietly on a swing hanging from a tree branch. The sadness etched in her features gripped Sam and tore at his emotions. He ached to go to her, to comfort her.

His chest rose and fell with a deep breath. Breathing wasn’t necessary for him, but one doesn’t do something like breathing for a life time without the mind and body remembering the simple action. Because some of his human actions still continued, he sighed.


“Your assignment, Sam, is to go to her and help her. She blames herself for her mother’s death—a death in which she played no part. Her life is spiraling downward.”

Sam tore his attention away from the woman to stare at Malachi but quickly looked back at her. He’d been on many assignments before. What was so different about this one? What was it about her that made him long to be near her?
“Sam, you have one month to succeed.” 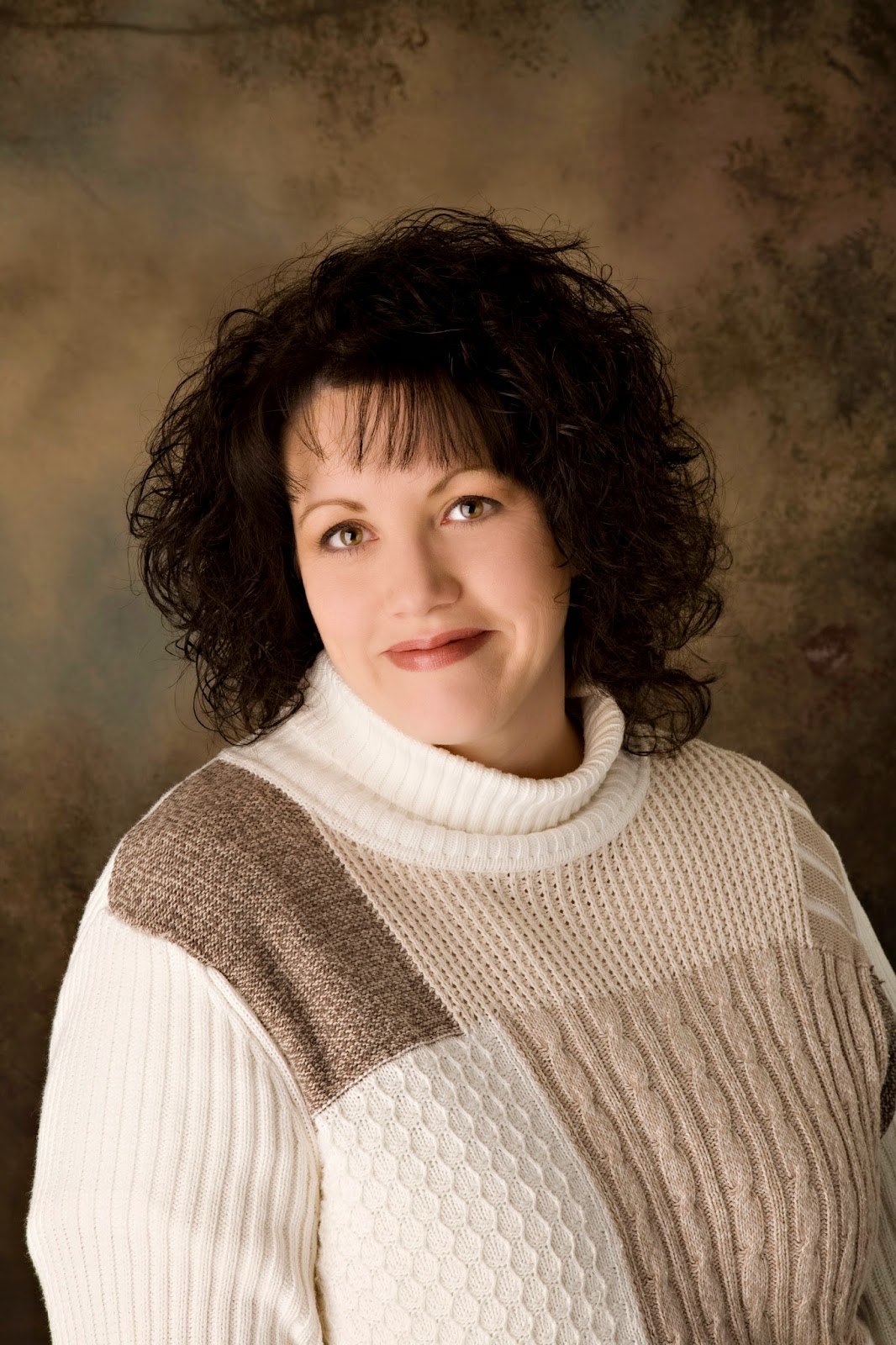 Sarah Hoss grew up believing she could try anything and if she set her mind to it, she would succeed. Sixteen years of dance lessons, Cheerleading, and school plays proved to her that her parent’s words rang true. Writing was no exception. Reading the Outlander series made her fall in love with time travels and the historical places books could take her. Always a child with a vivid imagination, she realized as an adult, she could put her imagination to good use and began writing. Marrying her very own hero, they live in Indiana in the town where she grew up. They have three beautiful children and one hyper dog. When Sarah isn’t writing, she enjoys gardening, camping, and watching her kids’ play sports.

Where to find Sarah-

You can also find Sarah on LinkedIN, Goodreads, and Pinterest.

Thanks so much for visiting today Sarah.


Posted by Maggie Mundy at 7:59 PM No comments: