Two Soul Mate historical from Linda Bennett Pennell are going on sale for 99¢!!

Two Soul Mate historical are going on sale for 99¢!! 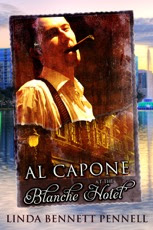 Al Capone at the Blanche Hotel tells a story of lives unfolding in different centuries, but linked and irrevocably altered by a series of murders in 1930.
Lake City, Florida, June, 1930: Al Capone checks in for an unusually long stay at the Blanche Hotel, a nice enough joint for an insignificant little whistle stop. The following night, young Jack Blevins witnesses a body being dumped heralding the summer of violence to come. One-by-one, people controlling county vice activities swing from KKK ropes. No moonshine distributor, gaming operator, or brothel madam, black or white, is safe from the Klan's self-righteous vigilantism. Jack's older sister Meg, a waitress at the Blanche, and her fiancé, a sheriff’s deputy, discover reasons to believe the lynchings are cover for a much larger ambition than simply ridding the county of vice. Someone, possibly backed by Capone, has secret plans for filling the voids created by the killings. But as the body count grows and crosses burn, they come to realize this knowledge may get all of them killed.
Gainesville, Florida, August, 2011: Liz Reams, an up and coming young academic specializing in the history of American crime, impulsively moves across the continent to follow a man who convinces her of his devotion yet refuses to say the three simple words I love you. Despite entreaties of friends and family, she is attracted to edginess and a certain type of glamour in her men, both living and historical. Her personal life is an emotional roller coaster, but her career options suddenly blossom beyond all expectation, creating a very different type of stress. To deal with it all, Liz loses herself in her professional passion, original research into the life and times of her favorite bad boy, Al Capone. What she discovers about 1930’s summer of violence, and herself in the process, leaves her reeling at first and then changed forever.
From Soul Mate Publishing:  Al Capone at the Blanche Hotel
http://amzn.to/16qq3k5
Take a look at the real Blanche Hotel and other actual locations featured in Al Capone at the Blanche Hotel!  https://www.pinterest.com/lindabennettpen/al-capone-at-the-blanche-hotel/

Set during the aftermath of the American Civil War, Confederado do Norte tells the story of Mary Catherine MacDonald Dias Oliveira Atwell, a child torn from her war devastated home in Georgia and thrust into the primitive Brazilian interior where the young woman she becomes must learn to recreate herself in order to survive.
October, 1866.
Mary Catherine is devastated when her family emigrates from Georgia to Brazil because her father and maternal uncle refuse to accept the terms of Reconstruction following the Confederacy’s defeat. Shortly after arrival in their new country, she is orphaned, leaving her in Uncle Nathan’s care. He hates Mary Catherine, blaming her for his sister’s death. She despises him because she believes Nathan murdered her father. When Mary Catherine discovers Nathan’s plan to be rid of her as well, she flees into the mountain wilderness filled with jaguars and equally dangerous men. Finding refuge among kind peasants, she grows into a beauty, ultimately marrying the scion of a wealthy Portuguese family. Happiness and security seem assured until civil unrest brings armed marauders who have an inexplicable connection to Mary Catherine. Recreating herself has protected Mary Catherine in the past, but this new crisis will demand all of the courage, intelligence, and creativity she possesses simply to survive.
Confederado do Norte available from Amazon:  http://amzn.com/B00LMN5OMI
See scenes from Brazil and other locations featured in Confederado do Norte!  https://www.pinterest.com/lindabennettpen/confederado-do-norte/ 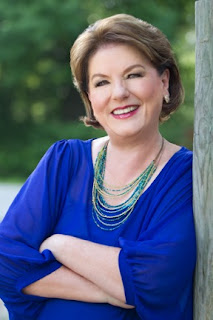 BIO:
Linda shares this about herself:
"I have been in love with the past for as long as I can remember. Anything with a history, whether shabby or majestic, recent or ancient, instantly draws me in. I suppose it comes from being part of a large extended family that spanned several generations. Long summer afternoons on my grandmother's porch or winter evenings gathered around her fireplace were filled with stories both entertaining and poignant. Of course being set in the American South, those stories were also peopled by some very interesting characters, some of whom have found their way into my work.
As for my venture in writing, it has allowed me to reinvent myself. We humans are truly multifaceted creatures, but unfortunately we tend to sort and categorize each other into neat, easily understood packages that rarely reveal the whole person. Perhaps you, too, want to step out of the box in which you find yourself. I encourage you to look at the possibilities and imagine. Be filled with childlike wonder in your mental wanderings. Envision what might be, not simply what is. Let us never forget, all good fiction begins when someone says to her or himself, Let's pretend."
Linda resides in the Houston area with one sweet husband and one adorable German Shorthaired Pointer who is quite certain she’s a little girl.
http://www.lindapennell.com/
https://www.facebook.com/AuthorLindaBennettPennell
Twitter: @LindaPennell
Posted by Maggie Mundy at 8:07 PM 6 comments: