New release Protect Her by Sophia Kimble is here

Protect Her
Book One in the The Druid's Curse series by Sophia Kimble
is out now. 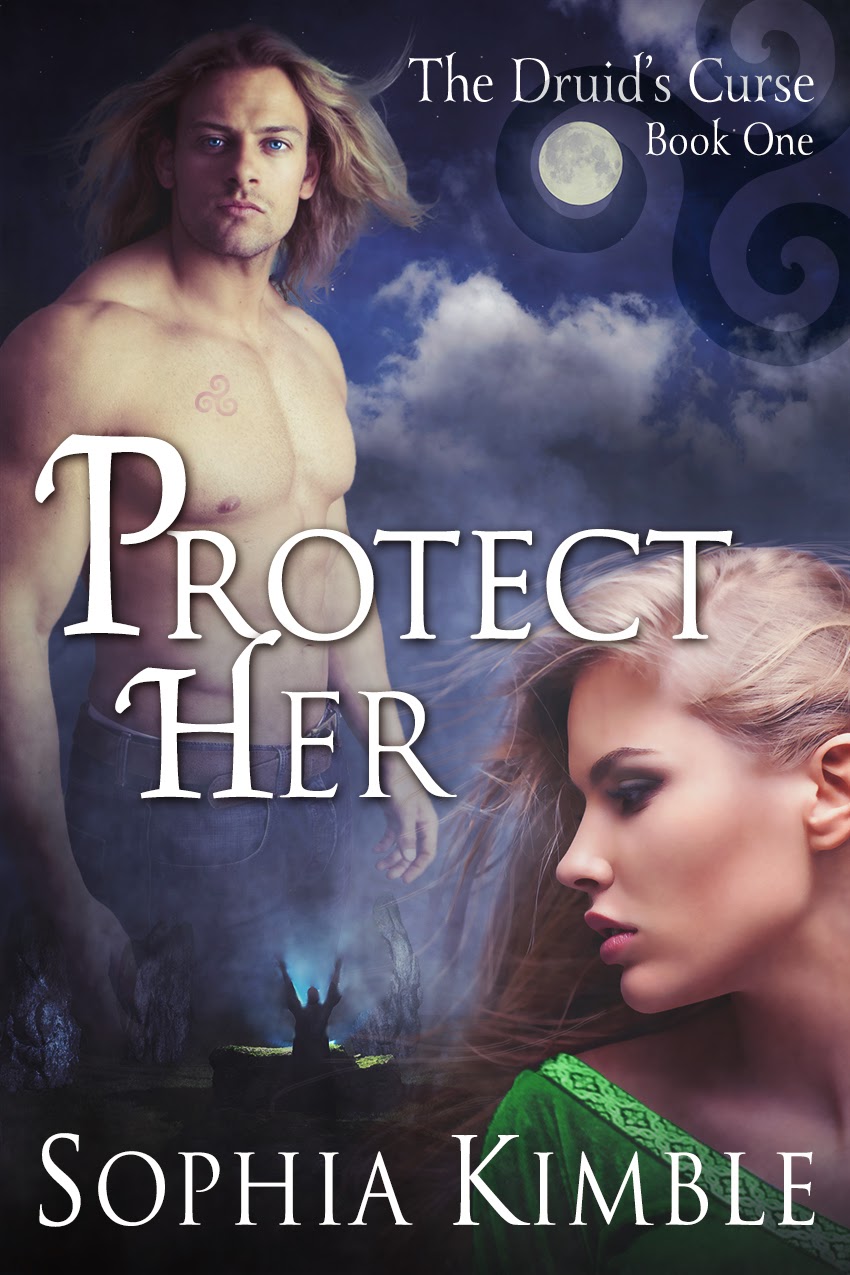 Blurb Protect Her
Golden Alexander is trapped in a nightmare.

Trying to flee her hallucination of a demon, she runs heart first into the brooding alpha male she’s been dreaming about for years, and then her nightmare really begins.


Kris Pietka is done with women...he’s broken. But when he meets Golden, an overwhelming need to protect her tests everything he thought he knew about himself, and the paranormal.


A bond forged centuries ago thrusts them together as they search for a way to break an ancient Druid curse prophesying their demise. Racing against the clock, they travel from Vermont, to the Carpathian Mountains in Poland, and the Scottish Highlands in search of answers and a way to break the curse.


But something evil watches—it covets, and time is running out.


Will fate allow love to prevail against unbeatable odds, or will Golden wake to find it was all a delusion?

Excerpt
The side door to the house opened behind her.

The deep male voice filled the kitchen. Filled her. Her muscles tightened, her arms vibrated like she’d been doing yard work for the last hour and had just turned off the weed whacker.

Mary raised an eyebrow in her direction before looking past her to the door. “Kris, proszę meet Golden. Come, come.”

Heavy boots sounded on the wooden steps. The loud thumping stopped as if in mid-step and an invisible electric current slammed into her back. Heat spread through her and settled in her belly.

“Golden is your Babci’s new caregiver.” Mary enunciated as if she were speaking to a five-year-old. “I told you last week she answered the ad and was coming today. She’ll be starting on Monday.”

Mary glared at Kris and then turned to Golden with an apologetic smile on her face. Kris moved around the table and stood next to his mother.

He narrowed his piercing blue eyes at her, and a lock of sandy brown hair fell from behind his ear.

He looked exactly like the man she’d been dreaming of for years.

The once cozy kitchen felt tiny. Airless. Too hot. Using the table as a lever, Golden forced herself to stand and shot a glance in Mary’s direction, worried she was hallucinating her dream man and looked delusional. It wouldn’t be the first time she’d acted crazy. Okay, Mary didn’t act like her new employee was tripping her ass off. Good to know.

Words in a language she didn’t understand flew out of his mouth, his unfriendly gaze fixed on her. Wow, angry much? He was obviously talking about her in a not so nice way, which pissed her off. Combined with her confusion, she was a hot mess. And all the while her emotions were ping ponging, her body pulsed, begging for this jerkoff to touch her.

His brows furrowed, and he ranted as though she weren’t in the room. Rude. New plan. She’d figure out how she’d dreamt of him later. First, she wanted to know what he had against her and why she reacted to the jerk like he’d brought her a dozen roses while hanging out the sunroof of a limo.

Mary cut him off with a single word. “Dosyć!” She closed her eyes and whispered, “Enough.”

Kris sucked in a breath, and without another word, pivoted on his heel and walked deeper into the house.

What was wrong with him? Ever hear of anger management classes? And what was wrong with her Benedict Arnold body? Pick an emotion and stick to it. Anger, that’s what was called for here. Not, gee you’re hot, I’ve been dreaming of you for years. Want to hook up?

Figures, the one guy that finally made her wake up and say hell yes was a total turd. 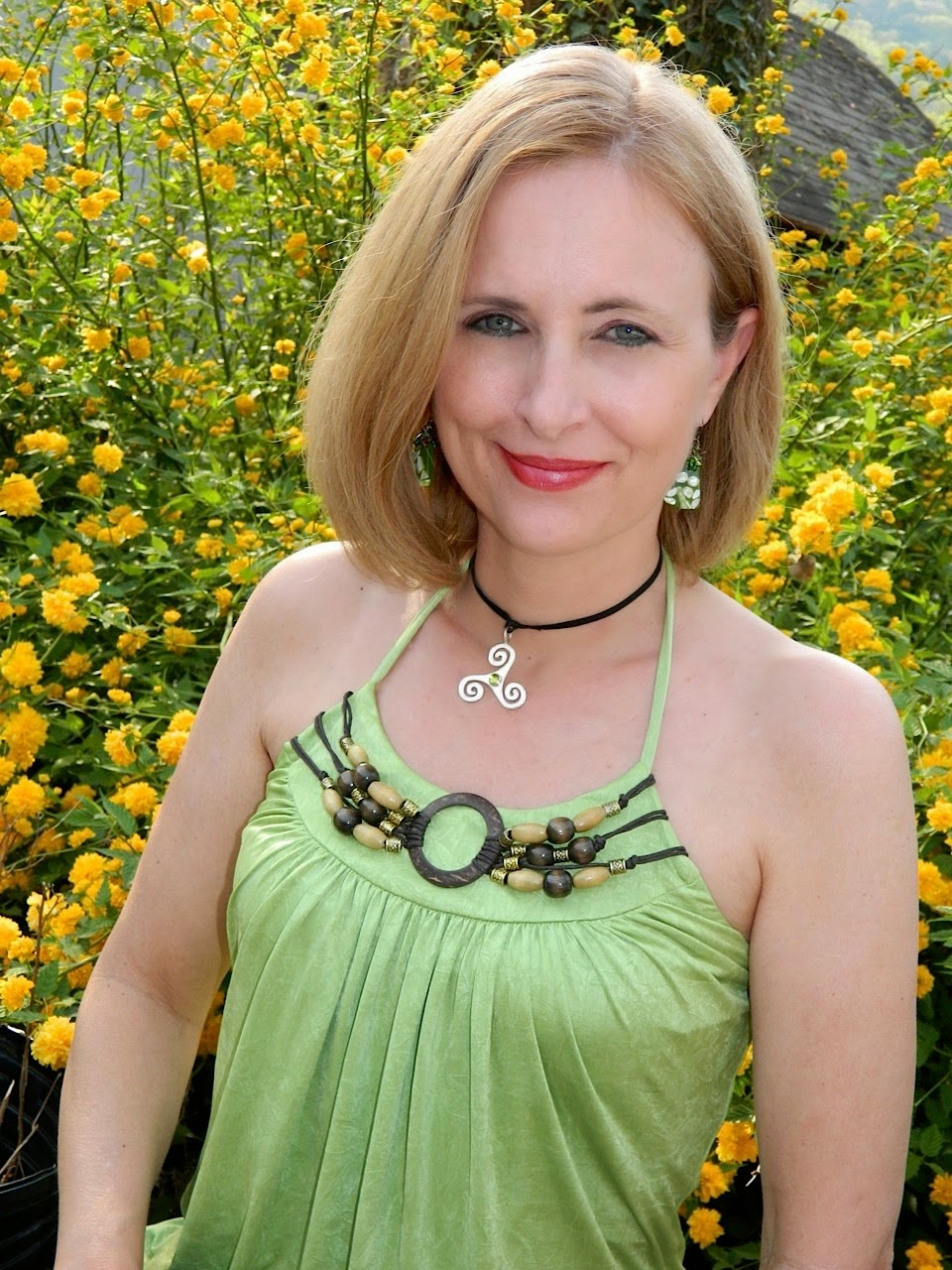 Sophia Kimble has always wanted to be an author, but for years, life got in the way. She wouldn’t change a thing about how her life turned out, though. Her family keeps her laughing and loving. Her wonderful husband and two extraordinary children stand beside her every step of the way and make this journey called life worth living.
Sophia has worked as a nurse for twenty years, but has put that career path aside to devote her time and imagination to writing down the stories that keep her up nights.
She takes her love of the paranormal, history, and genealogy, and weaves them into tales of family, fated love, and supernatural occurrences.
Connect with Sophia at the following sites:

Healer. The Gifted by Sarah and Shannen Brady


Healer The Gifted by
Sarah and Shannen Brady 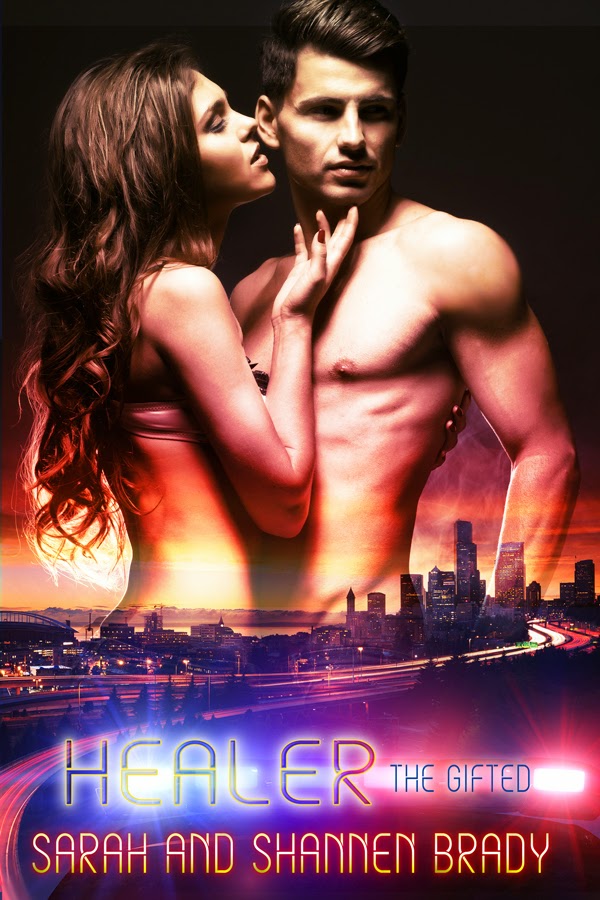 Blurb
Alexandra Grayson is an empathic healer, flying under the radar as a Spokane Valley EMT. Protecting her family’s secret from Homeland Security’s Gifted Agenda and the bigotry of a fearful populace is the most important thing to her. Getting close to men, especially super sexy cops, isn’t an option.


Tyler Kincaid is a man who knows what he wants, and what he wants is Alex. When she outs herself as Gifted by healing a child, Tyler helps her escape, but even his love is not enough to protect her. When Alex is taken by HOMSEC agents, Tyler has to lead a motley collection of Alex’s Gifted relatives in a daring rescue.

Shannen Brady lives in Western Washington with her boyfriend and their child, a rambunctious corgi named Chubberus Maximus. When she's not writing her latest sexy story, you can find her hiking, watching terrible SyFy movies and avoiding cooking of any kind.


Sarah Brady lives in Eastern Washington with her husband and teenage son, dividing her time between her real life and the voices in her head.


Sarah and Shannen are a mother/daughter team and together they write paranormal romantic suspense. Their first book, Healer, is book 1 of The Gifted, a series of four m/f romances, and published by Soul Mate Publishing. Their second book will be Sweet Fire, book 1 of a related series of m/m books, to be released January 2, 2015 by Dreamspinner Press.


He heard the voices first. Soft, female voices, speaking in Spanish. “Abuela, Se está despertando.” Grandmother, he’s waking up. His Spanish was rusty but he used it sometimes on the job and the English words trickled thickly into his brain.


“No está listo. Le dolerá.” He’s not ready. It will hurt him. The voices were both right and pain pulsed through his guts. He almost knew the first voice and when it switched to English, a wave of warm recognition flowed through him. Alex!


“Easy, Tyler, honey. Don't try to move. You’re safe here. We’re both safe.” Her breath whispered warm across his skin and he could smell the familiar sweet scent of her. Gentle hands ghosted across the bare skin of his back and chest.


He believed her for a moment, then the pain pulsed, suddenly sharp as a blade through his middle and he opened his eyes with a gasp. Light stabbed him and he turned his face into a pillow, sagging back onto the soft surface beneath his side. The smell of his own blood washed over him, and his stomach churned with nausea, bringing with it another wave of agony.


“Rapido, hazlo ahora, Chiquita! Quickly, do it now, Little One! This time that second voice cracked with authority, one used to being obeyed without question. He sensed something else, a touch that had nothing to do with the hands on his body, and the pain vanished as if it had never been. He struggled to pry his eyelids up a second time, but the touch intensified. Alex. He recognized her touch in his body, even as he had known the feel of her hands on his skin. He felt her push against him, into him, and press him down into the warm darkness. As long as she would stay with him, he was content to go.